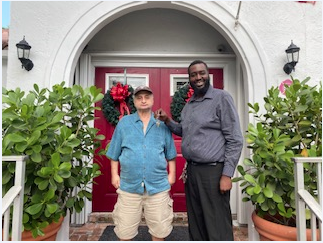 Homeless for 8-years, 63-year-old Abulawi lost his home and 3-children after becoming unemployed as a sales rep. Abulawi ended up homeless and frequented shelters and the streets. “Losing everything, my children, home, and job was so dark for me. There was no light” said Abulawi. Unable to regain employment he fell into a deep depression and struggling with substance abuse. While homeless, Abulawi learned that his only son died by suicide. “This was a real blow for me”.

Connected with community resources with help from his Case Manager, Abulawi was diagnosed with Schizophrenia. Maintaining his mental, physical and spiritual health, he told BHS that he’s in a better place and feels good about the future. Landing an affordable home with BHS, Abulawi thinks more positively and is setting goals that he’s following of which one is getting his driver’s license and start playing soccer again. “I love soccer and look forward to practicing in the back yard”. 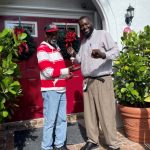 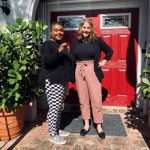