The number of homeless people living in shelters and on the streets of Broward County has grown by 6 percent over the past year, and more than half of the 2,450 individuals counted said they had spent the previous night in the city of Fort Lauderdale.

Asked if they had suffered head trauma, 42 percent answered yes. The survey did not ask if the trauma had occurred while they were homeless, said Patrick Hardigan, a Nova Southeastern University professor who helped analyze the data

Thirty-three percent said they had been beaten while homeless.

The Point-in-Time count is conducted each January by the county’s Homeless Initiative Partnership.In January 2016 the census found 2,302 homeless in Broward.

Of this year’s census total, 957 people, or 39 percent, said they were not in shelters and sleeping outside, the survey found.

Lorraine Wilby, CEO of the TaskForce Fore Ending Homelessness, said the number of people reporting head trauma or having been beaten was particularly disturbing. “That number is off the charts,” she said.

The survey also reveals that the number of homeless women is growing, now representing 32 percent of the total. “That is a change we’ve seen since the recession,” Wilby said. “It previously had been holding at 20 percent or less.”

Most of Broward’s homeless spend their time in Fort Lauderdale, including in the downtown area around Stranahan Park, because of food and access to services, including the bathrooms and computers in the county’s main library, said Wilby.

But the census does show that that the number of homeless in the western parts of the county — in Sunrise and Plantation — is also on the rise.

Results of the Point-in-Time Count — conducted in communities all across the U.S. — are shared with the U.S. Department of Housing and Urban Development, which helps state and local governments fund community services.

Conducted by volunteers, the survey is also designed to assess the risk of dying while homeless and living on the street. The questions involve health, frequency of hospitalization and use of drugs and alcohol.

Homeless Initiative Partnership is the lead agency for the Broward County Homeless Continuum of Care, charged with planning and coordinating services for homeless families and individuals. 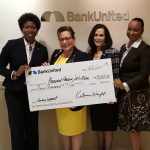