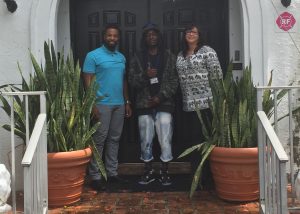 Homeless since 2015, Aaron was sleeping on the streets, benches or where ever he deemed safe for that night. He did this all while struggling with mental illness and without medication. Aaron’s diagnosis is Bi-Polar, Schizoaffective disorder.

In 2016 he was Baker Acted and remained hospitalized for 3 days. Upon discharge he was connected with Henderson Behavioral Health where he began receiving mental health and supportive services and was placed in a shelter.

On May 19th, 2017, Aaron was referred to Broward Housing Solutions® for permanent and supportive housing. Here is where he met Angela, Housing Specialist who began the process of assisting Aaron with locating an apartment. This was the first for both – Aaron’s first home in years and Angela’s first client in her new role within Broward Housing Solutions®’ federally-funded affordable housing program.

Finally, on June 20th, 2017, Aaron was approved and he was given a housing voucher. CEO, Lisa Vecchi welcomed Aaron to his home. Aaron said: “I am so grateful to finally have a place to call home. I could not have done it without BHS”.

On July 15th, 2017, Aaron moved into his new apartment. While navigating homelessness, he lost connection with family. A supportive strength in his life, Aaron is happy to report that he has reconnected with his sister.

On behalf of Team Broward Housing Solutions, our Board of Directors and our funding partners, Broward County’s Homeless Initiative Partnership Division, we all wish Aaron the best!

THANK YOU TO FURNITURE SYSTEMS PLUS, INC. FOR THE GENEROUS WORKSTATION DONATIONBlog Posts 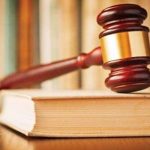